A History Of Healthy

The stinging nettle has walked through history hand in hand with the human race. Traces of this herb have been found in the earliest of human habitation sites. It has been recognized as a potent medicine for much of that time. 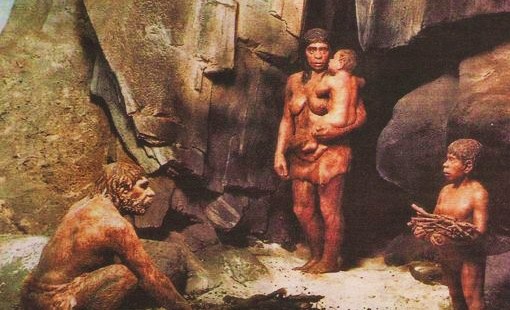 From the Leechbook of Bald, written in the ninth century, we find this recipe:

A wound salve ; take heads of woad and of nettle,
also pound them well, boil in butter, strain through a
cloth, add white salt, shake thoroughly.

John Gerard writes in the Herball, Or General Historie Of Plantes, published in 1597, citing the renowned herbalists and physicians that came before him, of the uses of stinging nettle at that time:

Being eaten as Dioscoridcs saith, boilcd with Periwinkles, it maketh the body soluble, doing it by a kinde of clensing facultie: it also provoketh urine,and cxpclleth stones out of the kidnies
:being boiled with barly cream it is thought to bring up tough humors that sticke in the chest

Being stamped, and the juice put up into the nostrils, it stoppcth the bleeding of the nose: thejuice is good against the inflammation of the uvula.

The feed of Nettle stirrcth up lust,especially drunke with Cute: for (saith Galen) it hath in it a certaine windinesse.

It concocteth and draweth out of the chest draw humors.

It is good for them that cannot breathe unlesse they hold their necks upright,and for those that have the pleurisic,and for such as be (sick of the inflammation of the lungs, if it be taken in a looch

or os. licking medicine ;and also against the troublesome cough that children have, called the Chincough.

And Appollodorus saith that it is a counter poison for Henbane,Serpents,and Scorpions,

Pliny saitb, the fame Author writetb, that the oile of it takes away the sting that the Nettle itselfe maketh.

The same grossely powned and drunke in White wine, is a most singular medicine against the stone either in the bladder or reins,as hath bin often proved,to the great ease and comfort of those that have been grieuously tormented with that maladie.

The leaves or seeds of any kinde of Nettle do work the like effect, but not with that good speed and so assured as the Roman Nettle.

Epiurtica or Dodder growing upon nettles, is a most singular and effectuall medicine to provoke urine, and to loose the obstructions of the body, and is proved oftentimes in the West parts with good successe against many maladies.

Stinging nettles carry a healthy dose of vitamins A, B1, B2, C and K. They provide copper, manganese, and calcium. They have a pronounced diuretic effect and act as an effective anti-histamine. They have been used to counter allergies, muscular aches and pains, and arthritis, among other things.

The practice of voluntarily stinging of the affected area of the body with nettles (urtification) has been practiced to bring about relief for arthritic joints. I tried to find studies on the effectiveness of the practice but most of what I found was scholarly treatises that were hard to read or needed a membership to a scientific community to read. This site has a bit of information.

Our Noble Interest is still as helpful to us today as it was at the dawn of our history. Go here for information for more modern uses.

And here's a bit of support for the validity of some those uses from The University of Maryland Medical Center.

That's a fair bit of goodly help from one plant. Did I forget anything? Have you any experience with using nettles yourself? Share it with me in the comments below. I enjoy learning new ways to relate to old friends. Thank you for stopping by!

Tomorrow I'll look at nettle's other gift to humankind – cloth.

More About This Topic